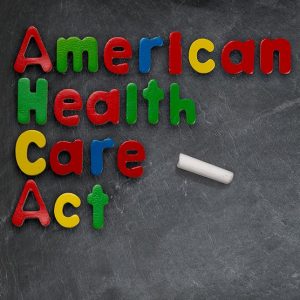 You know the saying. You must be living under a rock if you haven’t heard about the proposed American Health Care Act (AHCA, also known as “TrumpCare”). Maybe you have heard from one of your friends that he or she will no longer be able to obtain affordable health insurance due to a pre-existing condition. Or, that premiums will rise significantly. Or, that penalties will increase. The proposed bill has certainly garnered much attention, some truthful and some not. In this article, we will give an AHCA summary and discuss the truths and myths of the Act. We hope that after reading this article, you feel empowered and informed.

Keep in mind that this Act is evolving. Most likely, the final version presented to the Senate won’t include some of the provisions discussed herewith. In any case, we will keep our readers updated with the latest information. Come back to our website to learn about any future updates to the Act.

The ACA Has Its Problems, Too

Before I begin, I must state this article isn’t for or against the AHCA or the Affordable Care Act (also known as Obamacare). I’m going to lay out the major provisions of the AHCA. It is neither intended to be partisan one way or another. My hope is that this AHCA summary will give you knowledge for you to make an informed decision with your health care.

If you think the AHCA – if it passes – is a disaster, you need to peel back the onion layers on the ACA (i.e. Obamacare). Before we begin to discuss the AHCA, let’s level set about the ACA. While many more Americans are now covered by health insurance, frankly, the Affordable Care Act hasn’t been affordable for most Americans. Have your premiums increased significantly? Your cost sharing? Have your deductibles declined? No, they increased? So have my family’s. Several significant provisions on the ACA have failed. Most provisions that President Obama proclaimed will probably never come to fruition. The most significant are that premiums, cost-sharing, and deductibles have all increased. According to the Wall Street Journal, employer-sponsored health insurance premiums have increased by over 35% since 2009 – and no signs of stopping.

Why the problems? There is a multitude of answers. I can’t address them all here; however, they all lead down to a few major reasons: there are a disproportionate amount of insureds in the high-risk pool class (those people who have pre-existing conditions, other complicated health needs, and need insurance), not enough young, healthy people in the insurance pools, and insurance carriers backing out of exchanges. When insurance carriers are operating at a loss, it is a bad thing. Carriers can’t support claims. When claims aren’t supported, premiums need to increase. As you may know, many large insurers have pulled out of the healthcare exchanges. When big players like Aetna and United Healthcare pull out, to me that may suggest stormy seas ahead.

AHCA Summary: Not Perfect, Either

If you think the AHCA is perfect, think again. Initial analysis by the Congressional Budget Office suggests that 21 million Americans would be uninsured by 2020, essentially unraveling what the ACA did. Here is a summary of the major provisions of the AHCA:

(1) No individual or employer mandate – the ACA eliminates the tax penalties for individuals and employers with over 50 employees. Think you are out of the woods? You are not. The AHCA imposes a one-year, 30% lapse surcharge for those who go without insurance for a 63 day period. This is the AHCA way of ensuring everyone obtains health insurance.

(2) Age-based subsidies – eliminates the ACA income-based subsidies which cover premiums, copays, and other cost sharing. The AHCA subsidies apply to credits for monthly premiums only. The credits could offer up to $4,000 per person per year or $14,000 per family. Single people making more than $75,000 or married making $150,000 are ineligible.

(4) States can opt out of the health status underwriting ban – A major provision of the ACA was that insurers could not charge more for coverage based on health status, including pre-existing conditions. The AHCA allows insurers to charge 5X more for older policyholders whereas the ACA was 3X. Under the AHCA, states can apply to charge higher than 5X.

(7) Essential benefits can be changed – known as the minimum essential coverage under the ACA, this coverage can be altered per each state. We think most states might and get “skinny” on required essential benefits. As an aside, under this Act, employers can cross state lines and purchase those “skinny” plans.

(8) Delay of the 40% excise tax until 2025 – Employer-sponsored health benefits whose value exceed federal thresholds would be subject to a 40% excise tax called the “Cadillac Tax.” It would be levied on insurance carrier, but most likely borne by workers and consumers. The AHCA delays it until 2025.

Moreover, the AHCA repeals several taxes such as the net investment income tax and Medicare payroll tax. These taxes mainly pertained to higher-income individuals and families. Personally, I would like to see the re-establishment of the FSA rules prior to the ACA or HSAs allowed for everyone.

(9) This bill would end Medicaid as an open-ended entitlement health care and put the program on a budget – Medicaid is a controversial topic that we will dedicate an article and other information in the near future. There are many provisions in this Act affecting Medicaid.

(10) HSA contribution limits increased – this is something we like, as an HSA (Health Savings Account) is a great way to save for current and future health care costs.

(11) Establishment of a pension and state stability fund – funded by the federal government, the Patient and State Stability Fund would receive $100 Billion over 9 years. States can use this money to fund several health care issues such as high-risk pool management, pre-existing conditions enrollment, and preventative care promotion.

Where Do We Go From Here?

Expect the final version to be different than the proposed version as the Act makes its way to the Senate. Nevertheless, we hope this AHCA summary helped you understand the current, major provisions of the Act better. The Act is not perfect, either. Regardless if the AHCA is passed, health care reform will always be a hot topic. How can we help? We are experienced agents in the health care insurance field and can review your options based on your current situation and needs. We have seen how some families have struggled with managing healthcare costs. Throw in the needs to save for retirement, college, and everyday life, managing health care costs can be challenging.

As an aside, to help mitigate the cost impact of most health insurance plans, we are offering an ACA-compliant plan that is between 30% and 50% (or more) less than a comparable health insurance plan. These plans meet the individual and employer mandate. Contact us for any assistance or if you would like to learn more about these plans and how they can save you money with comparable coverage.

I am a CFP® Professional and have an MBA. I founded My Family Life Insurance to provide honest, trustworthy advice and economical insurance solutions to individuals, families, and business owners. Contact me if you have any questions. There is no risk! If I can't help you, you've learned a little more, and we'll part as friends. Seriously! Can your current agent say this? View all posts by John